We want your vehicle! Get the best value for your trade-in!

About Classic Cars of South Carolina 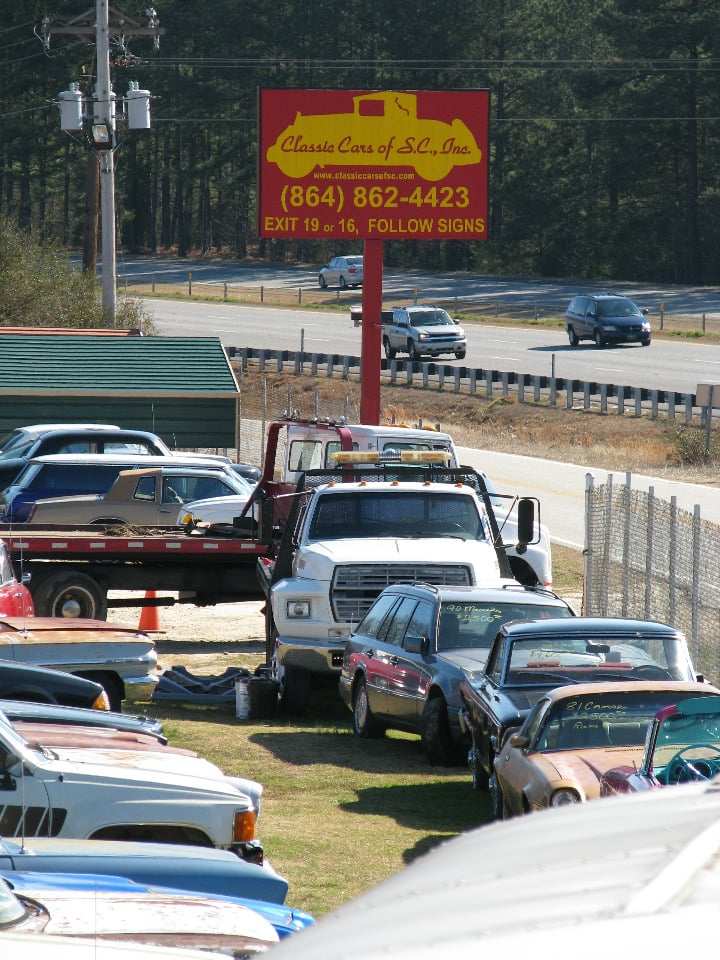 Classic Cars of South Carolina was incorporated in the early 1990’s. Prior to that time we were Carolina Classic Cars. We are a family owned and operated business. We have always been located in the North Western area of South Carolina near Greenville. We are physically located on the Frontage Road on the North side of Interstate 385 approximately 20 minutes East of Greenville, S. C. We are approximately two and one half hours North East of Atlanta, Georgia and 2 hours South West of Charlotte North Carolina. Classic Cars of S.C., Inc. and Carolina Classic Cars have literally sold hundreds and hundreds of collector cars over the years in more than 90% of the states in the United States and close to three dozen foreign countries. Like so many businesses, Carolina Classic Cars was the result of a part time hobby that turned into a full time business. The Ayers family started collecting and restoring vintage cars as a part time hobby in the late 50’s, then progressed to a time consuming hobby on a very large scale in the mid 60’s. This hobby progressed to a full time business in the early 70’s and has been in continuous operation since that time. We also operated a full restoration shop, Carolina Classic Car Restorations, from the mid 1980’s until the early 1990’s. We even manufactured a 427 Cobra replica in the early 80s. We finally discovered that it was more fun to buy and sell collector cars than to restore or build them. We have bought and sold collector cars of all types from antique and classic, to special interest and muscle, to sports and exotic cars all over the world. You could say “If it’s old and has wheels, we’ll buy and sell it.” The oldest car we ever owned was a 1904 Franklin. The Ayers family recently sold a 1907 Maxwell Model NC Doctors Roadster that we purchased in 1966 from the original owners estate in Spartanburg, South Carolina. This was the 72nd automobile ever registered in Spartanburg County and is the only car if of its type known to ex